Budget 2015: The story in four charts 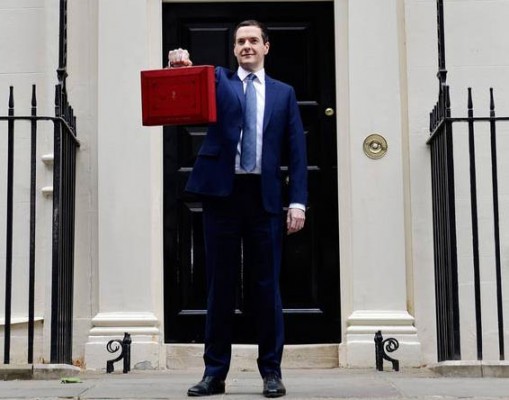 The following is an interesting article found on The Independent Newspaper Website.

George Osborne has significantly loosened the squeeze on day-to-day Whitehall spending (that’s things like funding for the police, the army and education) that was projected at the last Budget before the election in March.

This important line of spending was due to fall by £41bn in inflation-adjusted terms by 2018-19. Instead, only £18bn will be cut. And the cuts will take place more gradually. 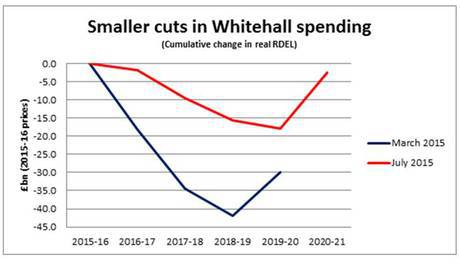 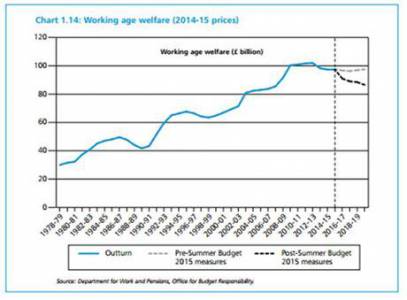 By curtailing access to tax credits, housing benefit and freezing existing payments he plans to cut around £12bn from this line of state expenditure by 2019-20 (relative to where spending would have been if policy had not changed).

Mr Osborne is also increasing net taxes. This chart shows the increase in total tax receipts relative to the projections in the March budget: 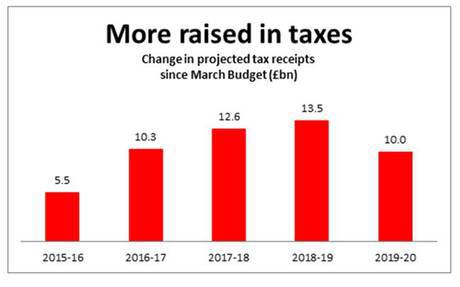 The Chancellor has not got this extra cash by raising more from VAT, income tax or national insurance (the three big sources of revenue which he swore in the election not to touch). Instead, the new revenue comes from a host of smaller levies, including dividends, an insurance premium tax and more Vehicle Excise Duty.

Finally, the Chancellor has eased the squeeze on departments by simply committing to borrow more than he said he would in March. 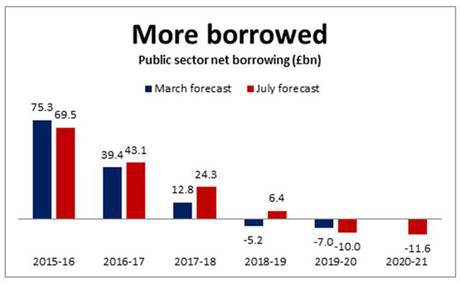 In March the budget was projected to go into a surplus in 2018-19, of about £5bn. Now, there will still be a £6.4bn deficit in that year and there will not be an overall surplus until 2019-20. In total the Chancellor is borrowing around £17bn more than expected in March. This is despite the fact that the Chancellor attacked Labour as irresponsible for planning to borrow more than him in the election.

All those moves increase the cash envelope available for day-to-day government spending over the next four years – which will make the squeeze on Whitehall departments less severe than feared.