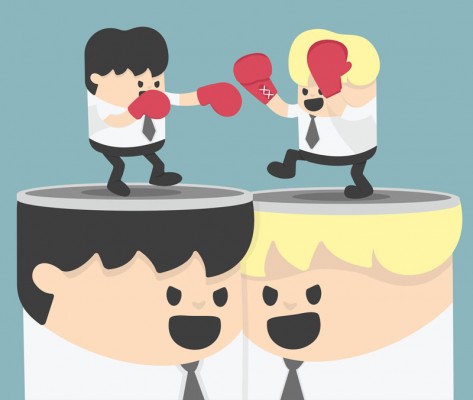 The following is an interesting article found on the 'This is Money' Website.

The Government will unveil plans for a Small Business Conciliation service to tackle disputes between large firms and their suppliers as part of their latest efforts to clamp down on late payment.

Late settlement of bills has become a growing issue since the financial crisis and small business leaders estimate that at any given time small companies are owed billions by larger companies in overdue payments.

The proposals will form part of the Enterprise Bill to be announced in the Queen’s Speech on Wednesday which will also include a fresh assault on the red tape facing smaller companies.

Business Secretary Sajid Javid has already said he plans to cut £10billion of red tape burdening companies over the next five years.

Other proposals in the Bill will include the extension of the primary authority scheme, which means that firms that operate in more than one borough or district only need to follow regulations from one council.

John Allan, national chairman of the Federation of Small Businesses, said: ‘Our members have been clear on the need to make progress on cutting burdensome red tape and on addressing issues like the billions owed to small businesses in overdue payments.

‘These are not easy issues to tackle and we will need the Minister to work closely with our members and the wider business community to find solutions.

‘Our members are very clear. They want the Government to find ways to make it easier to do business and to grow and create employment. They want less form-filling, an easier, simpler tax system and a solid infrastructure. It’s about putting “think small first” at the heart of everything the Government does.’ Beatrice Bartlay, owner of staffing agency 2B Interface, is one business owner to welcome the measures. She said: ‘Late payment is one of the biggest issues confronting small businesses today. Small businesses are fragile and rely immensely on their cash flow to support operations and growth.

‘If a business does not pay a supplier on time, it has a critical impact on that enterprise, which essentially ends up acting as a paymaster and banker, chasing any payments owed to them. The news that the Government will be introducing a Small Business Conciliation Service is a monumental move in the right direction.’

Speaking at the Engine Shed business centre in his home city of Bristol last week, Javid said: ‘Small businesses are Britain’s engine room and the success of our whole economy is built on the hard work and determination of the people who run and work for them.

‘As Business Secretary I will always back them and, in my determination to get the job done, one of my first steps will be to bring forward an Enterprise Bill that helps them to succeed and create jobs.’

He added: ‘As part of our long-term economic plan, we will sweep away burdensome red tape, get heavy-handed regulators off firms’ backs and create a Small Business Conciliation Service to help resolve disputes.’

The new Business Minister Anna Soubry said: ‘We will be asking businesses for evidence in the coming weeks and months. We want them to be our partners in identifying and scrapping needless burdens at home and in Europe.’